The Graveyard: The Otherside

A band that was based in San Fransisco, California, USA, The Otherside was active around the middle of the last decade, releasing one amazing album called Dead Trees, and a very limited edition EP soon after the album, shortly before they split up. The Otherside's song Hey You was featured on volume one of the Psychedelica compilations produced by Northern Star Records, famous in psychedelic music fan circles as a label that compiles great modern psych artists and showcases some of their songs on the series of compilation albums. That song Hey You was such a little modern psych gem, that I had to seek out the entire album Dead Trees, and own it. It took a little while, but I did acquire probably one of the last copies the band was selling as they were splitting up last decade. The album is very special, I think, in that it is at once melodic, beautifully played and sung, catchy as all hell, and quite psychedelic indeed. I invite you to download and listen to The Otherside's Dead Trees album, HERE, and see for yourself. I would love for the ex band members to know that their music as The Otherside is not forgotten, is still enjoyed, and even sought by some folks. It would be a thrill to find out what the band members are doing now!

The Otherside's MySpace page is still up, for now at least, and it has some songs from the EP, check them out!
Autor: Terri o 00:40 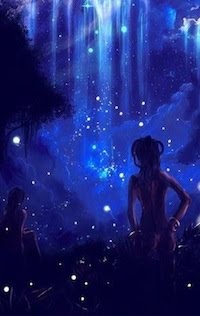